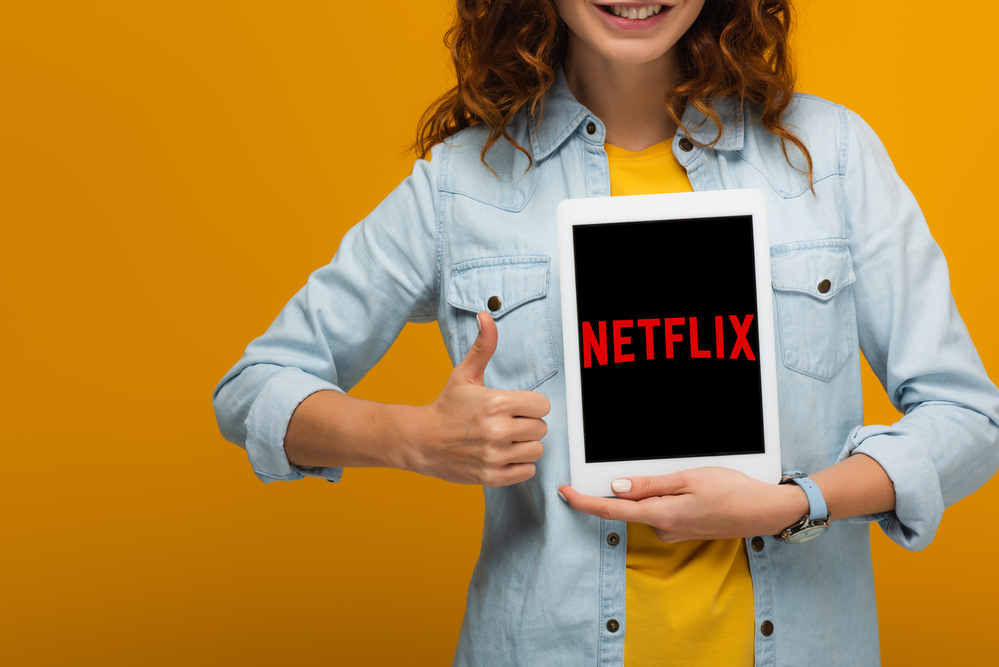 Getting paid to watch Netflix might sound like a pipe dream, and most of us turn on Netflix when we want to switch off and tune out from our working life and the daily grind.

But you can turn your leisure activity into a great way to make some extra cash by actually being paid to watch movies and shows on Netflix.

There are, in fact, various ways that you can get paid just by watching Netflix and performing a few tasks related to the shows you watch. In this article, we will explain precisely how you can get paid to watch Netflix in 2023.

Can You Get Paid for Watching Movies, Shows, and Videos?

It may sound surprising, but yes, you can get paid for having fun binge-watching movies, documentaries, shows, and videos on Netflix. You don’t necessarily have to work for Netflix to be paid, as various part-time opportunities are also available.

There are also numerous ways to get paid watching other movies, shows, and videos that you won’t find on Netflix.

Although it isn’t typically as simple as just watching the shows, there are specific tasks you will be expected to perform, such as tagging content, rating shows, and writing reviews.

Do You Get Paid for Being on Netflix?

Getting paid to watch Netflix and do tasks is one thing; getting paid for just being on Netflix is something entirely different.

Technically you can’t get paid just for watching Netflix and chilling, but you can get paid for watching certain shows on Netflix and other channels and performing tasks like reviewing these shows, adding comments, or tagging content.

Some ways to get paid include taking up official positions at Netflix, while other online apps and websites also offer you the chance to get paid for watching videos, shows, and movies.

Alternatively, if you want to get paid while you watch Netflix at home, you could consider just doing some light, brainless tasks on your phone, such as completing surveys, browsing the web, or playing games.

We will go into more detail below about how you can get paid to do these tasks.

How Can You Make Money from Netflix?

You probably already have a Netflix account, but now that you know that you can legitimately get paid for watching Netflix on that account, you may have found a new career path.

Here are three legitimate roles that Netflix offers as a way to get paid by watching your favorite shows.

1. Get paid to watch Netflix officially by becoming a Netflix Tagger

Netflix pays people to tag programs for them. Fans of Netflix shows can get paid simply by flagging parts of the content.

Netflix has various YouTube channels, and they employ team members to help the company manage these channels.

As a channel manager, you would be responsible for writing description, creating thumbnails, and choosing promotional clips, all of which includes watching tons of Netflix videos to do your job.

If you speak multiple languages, you could get a job at Netflix translating movies and adding subtitles.

Are There Other Ways to Get Paid for Watching Netflix?

If you can’t find a job opening as a Netflix tagger or channel manager right now, there are still other ways that you can get paid just for binge-watching Netflix.

Swagbucks is a website that rewards you for doing tasks such as completing surveys, playing games, watching videos, or reviewing films.

Some of these tasks include watching specific shows and movies on Netflix. You can choose the videos you want to watch based on fashion, health, hobbies, parenting, music, politics, and more.

The points you earn doing these tasks can be cashed out in real money or converted into gift cards for many major retailers, such as Amazon, iTunes, and Home Depot. You may just need to hit a certain threshold before you can cash out.

But seeing as it’s free to sign up for Swagbucks, you do not have anything to lose. You will even get a $5 or $10 welcome incentive just for signing up.

MyPoints is similar to Swagbucks in that you can earn points for performing specific tasks, such as watching videos, through the site.

However, the difference here is that you can’t just watch individual videos; you need to stick to one of the MyPoints playlists. Once you have completed the playlist, you will receive your points.

MyPoints also has a MyPoints TV App to watch the videos on your mobile device if you don’t have a laptop, tablet, or smart TV.

Some other methods of earning points through MyPoints include completing surveys, playing games, clipping coupons, online shopping through the app, and downloading other apps listed on their site.

InboxDollars is an app that will pay you to watch videos and add your comments to them.

Videos are categorized into topics like celebrities, food, news, health, and technology. Most of the videos do include adverts which you will be required to watch before the video begins.

The great thing about InboxDollars is that you can withdraw your earnings to PayPal rather than just accumulating points you would have to convert to gift cards. However, you will need to earn at least $30 before InboxDollars can pay you out.

You could create your own blog or YouTube channel to review the latest Netflix movies. Once you get a following, you can put adverts on your channels and draw an income from these ads.

You could also get certain companies to sponsor your content or add referral and affiliate links. You will get a commission every time a user clicks on a link or purchases a particular product or service.

You can also become an official reviewer on a movie review website like Cultured Vultures. These websites will pay you for your reviews when they receive a certain number of page views.

Can you really make money by watching shows and videos?

As you can see, aside from Netflix, there are other ways that you can get paid for watching videos and shows online.

If you don’t have time to watch an entire movie or binge-watch a series, the above options allow you the opportunity to watch short video clips as and when it is convenient for you.

And how much you earn will be dependent on how much time you can commit to those channels.

How can you get paid for watching videos and shows online?

Not so keen on any of the above ideas or want to discover even more ways that you can get paid while partaking in your favorite hobby of watching shows and videos online? We have listed some additional ideas you could try below.

Can you get paid to watch Hallmark movies?

This past December, Reviews.org was looking for a Chief Holiday Cheermeister to watch 25-holiday movies in 25 days, and in exchange, the site would pay you $100 per movie. That’s $2500 just for watching movies.

As the movies were on Hallmark, Netflix, Disney+, Hulu, Apple TV+, Amazon Prime Video, and HBO Max, you would also get a free year’s worth of subscription to these channels.

While the gig has unfortunately passed, keep an eye out for similar opportunities on their site in the future.

As you can see, there are various ways that you can get paid to watch Netflix and videos in your spare time. If you already spend a lot of your day binge-watching Netflix, then you might as well make money from this hobby.

From looking out for official Netflix postings as a tagger or channel manager to signing up to sites like Swagbucks, My Points, and Inbox Dollars, there are various ways you can make money by watching movies. You could even forge your career path as a movie reviewer.

Have you ever been paid to watch movies or series online? We would love to hear your experiences and more about where you found such a sweet gig in the comments below.